There was an interesting article that just came out in the Okinawa Times. It featured an interview with Sadayuki Taira, a senior student of Meitoku Yagi. I decided to post and English translation I was able to do. Enjoy:

Those who practice karate must learn life through karate. Sadayuki Taira (67), Chairman of the Okinawa Karatedo Gojukai, learned from his teacher, Meitoku Yagi (prefectural designated intangible cultural asset holder, 1912-2003). However, he inherits the spirit and practices every day.

Karate has been familiar to me since I was little. When I was 16 years old, I visited the Yagi Dojo in my neighborhood, four or five adults in their thirties who seemed to be strong were practicing karate. With a longing for "I want to be as strong as these people," I entered the Yagi Dojo of Meitoku Yagi sensei.

Yagi sensei’s judgment of kata cannot even be imitated and is described as "an existence like above the clouds." (* Note: It is an expression that means someone’s level is far higher than yours). I learned from Yagi sensei by watching the basics of kata. I repeated the basic movements many times and thought about the application myself. Since everyone has a different body shape, they cannot move in the same way. I repeated the same movements over and over again so that it would soak into my body, and by repeating training, I found a movement that suits me.

Currently he instructs about 15 students three times a week. Through "Sanchin", the practice teaches the basics such as how to stand, how to tighten muscles, and how to breathe correctly. Along with teaching, he is energetically active, such as serving as a referee for the Okinawa Karatedo Gojukai Boys and Girls Championship, in which about 150 people participate every year.

There is no goal in karate. Even if I remember the kata, I forget it, so I keep in mind that it is important to continue my daily training. The goal is "to continue karate until the age of 100". Pursue dreams with the aim of practicing lifelong quests.

Seipai (18 hands) is a kata made by Chojun Miyagi sensei (1888-1953), the founder of Goju-ryu. There is a lesson from Miyagi sensei that says "do not hit people, do not get hit by people". As this lesson implies, Seipai also starts with "kamae" and "ukete" and does not attack first. It is a kata that values peace.  There are many effective self defense techniques for when the opponent approaches such as kogeki waza, hazushi waza, kansetsu waza, and techniques to deal with the opponent’s attacks.  There are many changes in movement, such as changing from fast powerful movements to those with muchimi.

It is also important to do kata with the rhythm of breathing.  Practice A-un breathing (A-un no Kokyu) while imagining that there is a partner. When a person is inhaling, the body is soft. At that moment, he exhales for a short time, "hatsu", and performs a powerful technique. I am always conscious of practicing Seipai according to the flow of breathing.

I learned Seipai when I was 16 years old when I started karate. Even after practicing, he says, "I haven't mastered it yet. It's difficult to apply kata for many years." I will repeat the training every day so as not to destroy the kata that I learned from my teacher, "he said, showing his determination to keep the tradition.

Taking a little break from translations and history I thought today I would share my thoughts on some of the major books that have been writ... 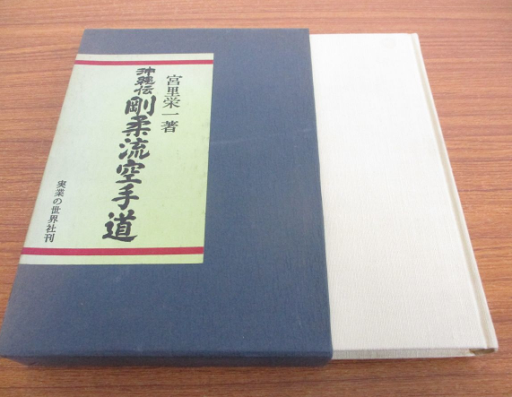